This is the Skoda Octavia Soleil and it’s inspired by a partnership between Skoda and Cirque Du Soleil, hence the name.

We all know Cirque du Soleil as an enchanting, colourful and entertaining show. The Octavia Soleil is none of these things. It’s nice to see someone at Skoda really has an ironic sense of humour.

As you may or may not be aware (or care) there is a new Octavia due in 2020 and the Soleil has a feel of an end line model with some extra bells and whistles thrown at it to help move it out of the showrooms.

What are those bells and whistles?

Most Octavia’s are well equipped from the get go but the Soleil has some nice extra touches including; full LED head and tail lights, half leather interior, heated front seats, rear view camera, Bolero Radio with 8” Touch Screen, leather steering wheel and cruise control to name but a few.

The 8” Touch Screen infotainment system looks very impressive with high definition graphics and a relatively intuitive interface. It isn’t the easiest to interact with on the move and looking away from the road while driving is always a pain. The system includes Android Auto and Apple Car play, when trying to connect with Android Auto it was a bit temperamental and regularly dropped out of connection. Those heated seats proved immensely popular due to the Baltic conditions of mid-December in Ireland. 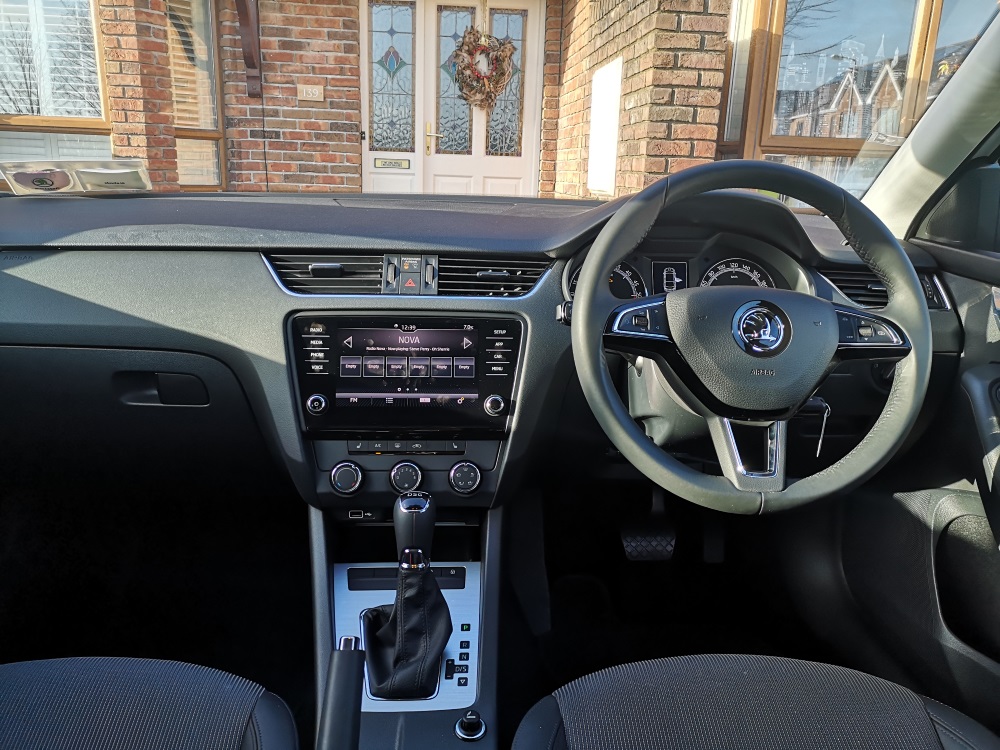 The engine and gearbox paring in our test model were quite surprising really, it was a 1.6 diesel producing 115PS mated to a 7 speed DSG. Unlikely to be the most popular choice in the current climate but reports of the death of diesel have been greatly exaggerated.

0 to 100km/h takes a respectable 10.2 seconds and the official fuel economy figures quote 3.9 litres per 100km on a combined cycle. In my week of mixed driving with the car it was closer to 5.5 litres per 100km (51mpg). Still quite impressive.

Handling was fine. I wish I could think of a more nuanced way of describing it but “fine” is about as accurate as I can make it. It’s never going to set your pants on fire, it’s a small capacity diesel with an automatic gearbox. There is nothing ballistic about this car.

But in truth it’s a lovely relaxing car to drive. That is thanks to what could only be described as a bureaucratic gearbox, if you relax and let it do its thing its great but any abrupt or surprising inputs result in great levels of agitation for the driver and the car. Moving away at pace from a standing start can prove very irritable if you haven’t timed it just perfect.

Comfort is a real strong point of the Octavia, 99% of lumps and bumps in the road are dealt without any great drama. That is partly thanks to some meaty tyres fitted to the 16 inch alloys. They are actually a nice change of pace in comparison to the sexier 18 and 19 inch wheels fitted to a lot of cars. 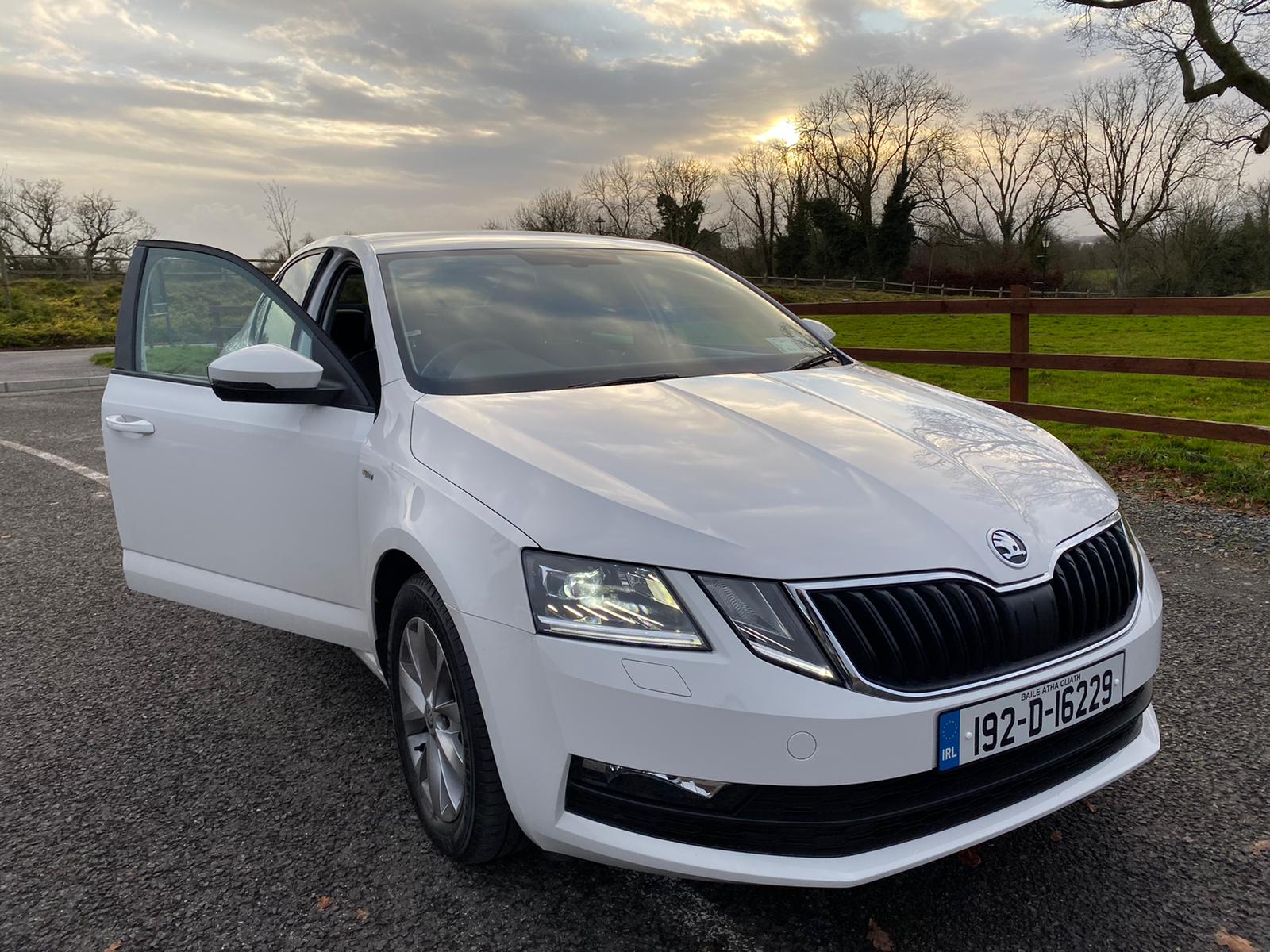 The Octavia’s party piece is still the boot (exciting). At 590 litres the standard hatchback is one of the best in class and if you fold the back seats down that increases to a van troubling 1580 litres. All great numbers but the really impressive aspect is the large boot opening which makes loading even the most awkward objects a very simple affair.

Space in the back is also very generous, two tall adults would be very comfortable in the back of the Octavia, three adults might be a bit of a squeeze but three children would fit without any squabbles. You also get two USB ports in the back to keep those passengers even happier.

Up front is just as impressive, thanks to some very large door bins, a nice little phone cubby beside the gear lever with easy access to a USB port, a large glovebox and two cup holders beside the handbrake. In my week with the car I was never frustrated trying to find somewhere to put my all my bits and bobs. 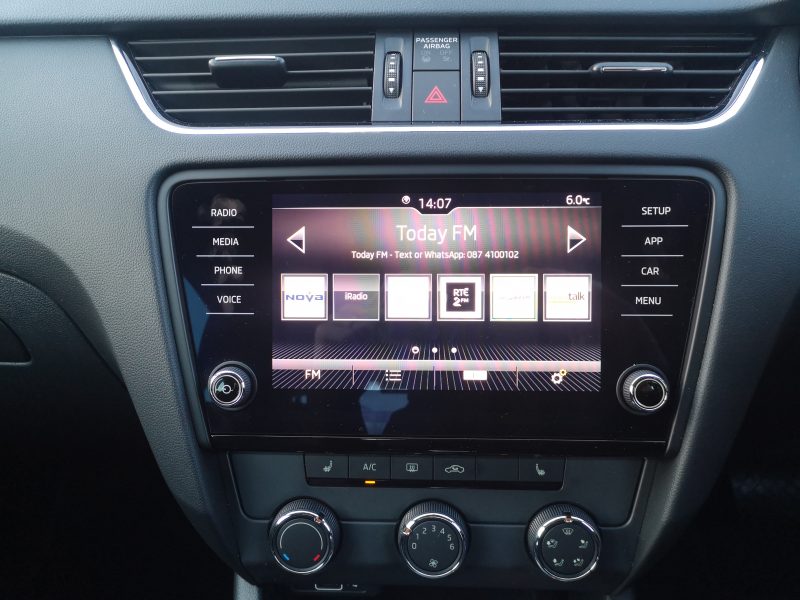 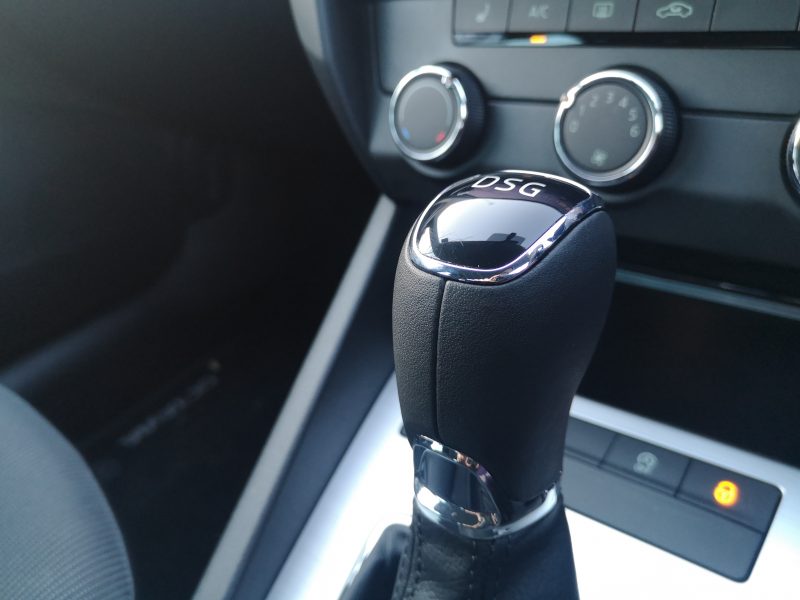 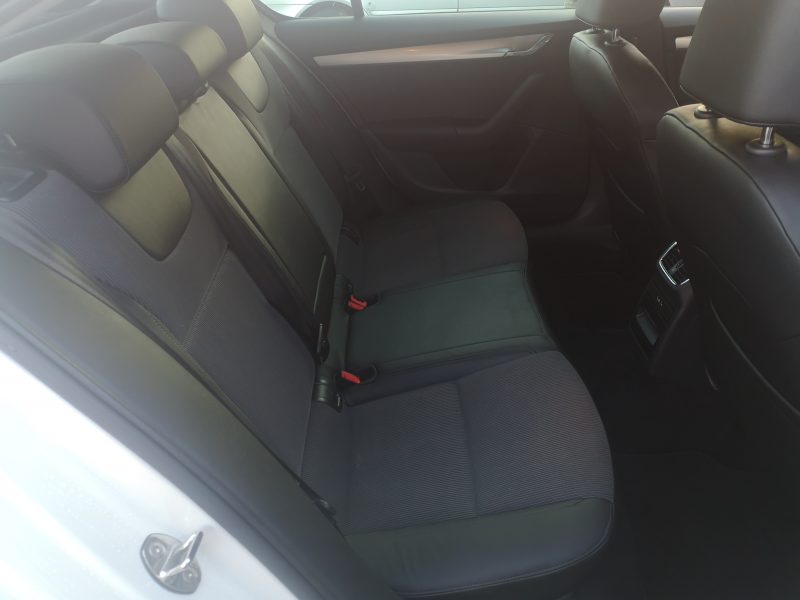 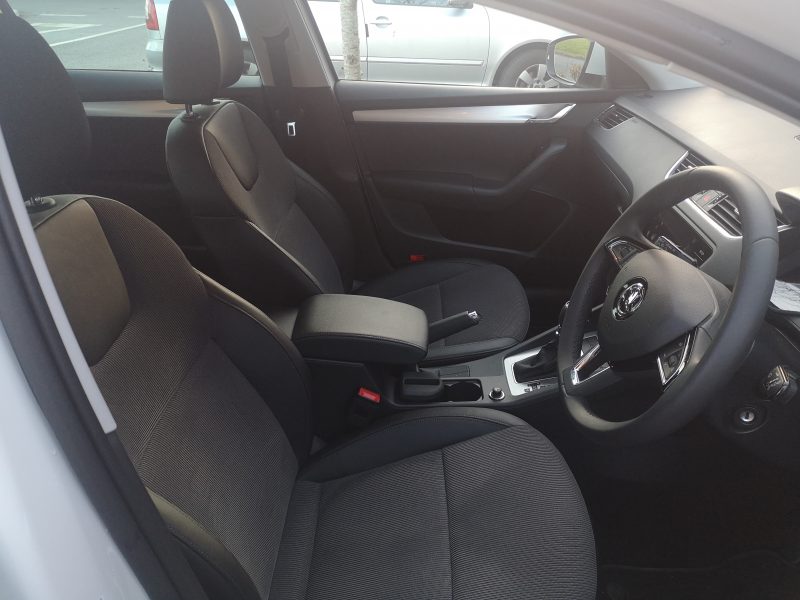 As I said earlier, there is a new Octavia due in 2020 so picking this Soleil would be for someone who is very self-assured. You are not worried about getting the most recent model, you are comfortable with the anonymity and are very happy in the knowledge that you got a well kitted out Octavia without all the obvious flash.  It’s a pragmatic choice that will most likely be a loyal companion for many years.

About the Author: Anthony Murphy