Licence to give a big roar

Licence to give a big roar

I spent much of Budget Day afternoon, either at the doctor or waiting at the driving licence centre. Neither was needed but I had been wrongly advised the day before, when presenting my application, that I needed a medical report as the licence would go into a period when a “big roundy birthday” (as Ronan Collins might say) would occur.

So I high-tailed into the medical centre, was put through a battery of tests, got the report and then headed to Santry, back to the NDLS office of the day before.

A new official, after being most apologetic that I had wasted both time and money, put through the application, took a picture, the €35 fee and sent me on my way, promising that the licence would follow within about 10 days. Happy days soon: goodbye to the many-folded, grubby-pink document that I had been carrying around for 10 years; hello to the credit card licence, finally.

It might now only last three years this time, before the next application has to be made – and at that time a medical report will be needed – but at least in the future all licences will be free.

I am not terribly annoyed by the first official getting it wrong, nor the wasted time and money.

The biggest dent was in my pride in being told that I needed a medical report to say that I was fit to drive. For the first time in my life I felt that I was officially being instructed that I was old. It wasn’t very nice.

Yet I didn’t miss much in the Budget. Nearly everything had been well flagged and it was very much a safety-first exercise. I thought the carbon tax rise was too little; this is something we have to grasp and the sooner the better.

I know that 2c on a litre of fuel is not insignificant if you are doing many thousands of kilometres each year – especially when it comes on top of some rather cynical price rises after the Saudi bombing non-event. However, it isn’t enough to either change behaviour, drive hybrid/ev sales or produce enough money to make big investments in areas affected by climate change or public transport infrastructure.

The replacement of the 1pc diesel surcharge with a nitrogen oxide (NOx) emissions-based charge to all cars registered for the first time here from January 2020 was a start and should help reduce the masses of high-polluting vehicles being imported from the UK. However, there may be a surge in their sales before the end of the year. I also thought it was good that the Benefit-In-Kind zero rate on electric vehicles was extended to 2022; and that the VRT reliefs for conventional and plug-in hybrids were also pushed into next year with some good changes.

However, keeping the VRT system based on CO2 emissions has to go and it would be best to bite the bullet as soon as possible.

The country must understand – and politicians have to lead – in saying that helping to solve the whole climate initiative will involve both cost and effort. If we don’t start doing things properly now, the radical cuts that will have to come will really hurt everyone and everything.

If the Budget was a bit of a wash-out it was rather like Lorenzo, which threatened a lot but didn’t do the damage expected. Yet there was still an awful lot of rain and grey days over last weekend.

I was lucky that I brought my own bit of sunshine around in the form of the Renault Megane RS Trophy in Liquid Yellow. This was a very fast 1.8 Direct Injection Turbo €50,970 machine using a dual-clutch automatic box. It looked the part, especially the lowered stance, flared wheel arches, special alloys and badging – but cherries on top were the Brembo brake calipers in red and, of course, Megane’s roar of intent.

What a sound. It thrilled us when we were in the car and when it was driven away after the week’s test I really felt a twinge of emotion. It was like a beast of the jungle being taken off to captivity. However, I am sure that there is some private buyer out there ready to release it again.

Renault make great play that the engine has been tweaked to make it as economical and low-emission as possible. However, you will still be paying €750 a year in road tax.

The sound comes courtesy of a special exhaust line designed to increase performance. Featuring a mechanical valve, it releases all of its spirit according to the multi- sense mode chosen.

When open, the valve offers maximum sound and performance; when closed, it offers better comfort. With an 0-100km of under six seconds on the way to 260kph, this is a fast car and apparently the most powerful Renault sport model.

Renault have always had performance cars. They wouldn’t have made their massive investment over 42 years in Formula One if they weren’t serious about their intent. I remember a crazy little rear-engined Renault Dauphine Gordini in the Sixties and some very fast Renault 5s.

Incidentally the ordinary Dauphine, which had more than 2m sales, has the distinction of being called one of the 50 Worst Cars of All Time by Time magazine’s Pulitzer Prize-winning journalist Dan Neil.

He said it was “the most ineffective bit of French engineering since the Maginot Line”, adding that “it could actually be heard rusting!”. I wish I could have written such words.

But back to the Megane RS Trophy; it’s a lot better than the Maginot Line, although there are still some Renault inconsistencies. The ordinary Megane is pretty unremarkable, but this one does drive beautifully and accurately with the four-wheel steering – although you should expect to suffer when the road is uneven and over speed bumps. 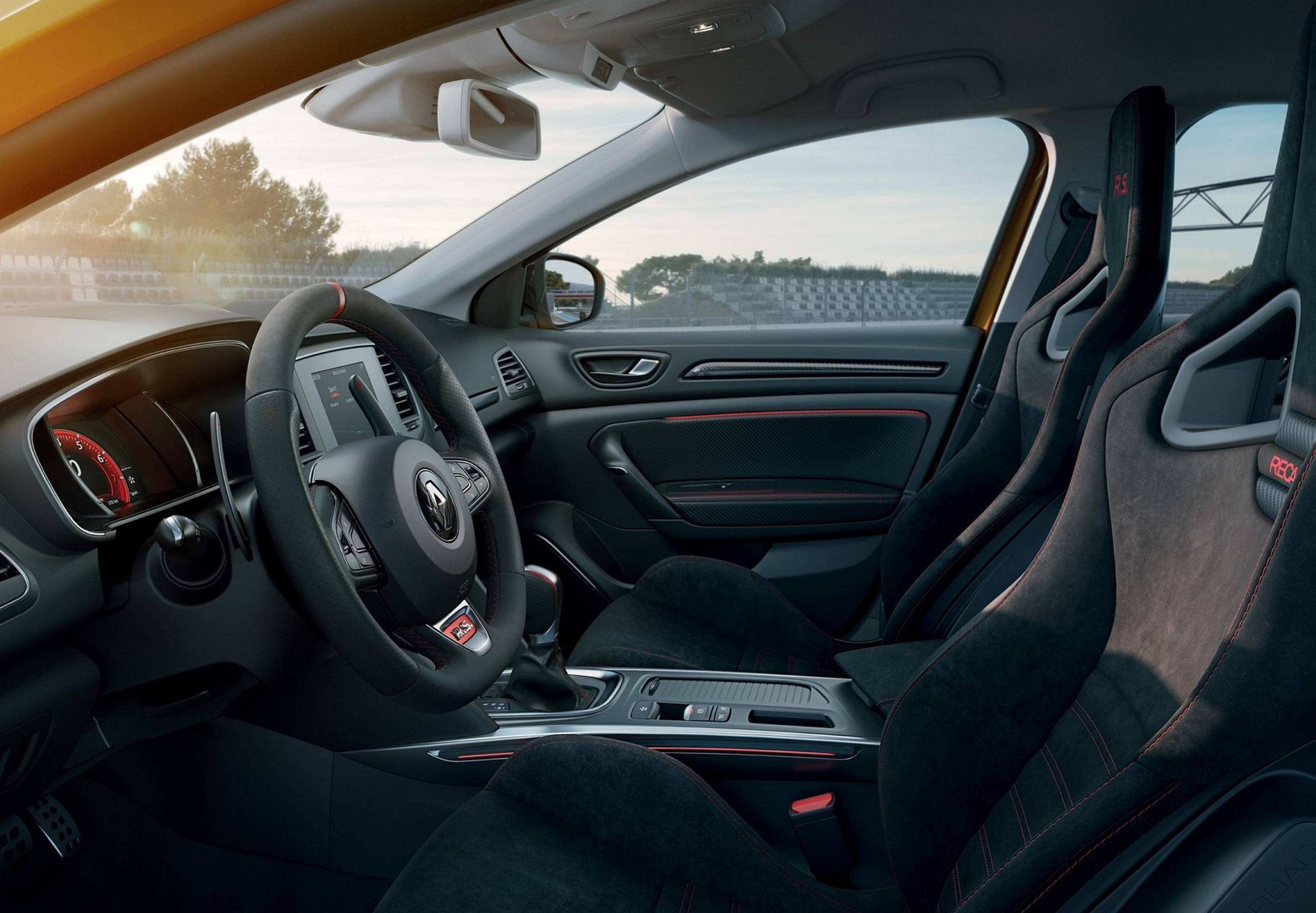 It’s a car that turns heads and I wouldn’t park it in dodgy neighbourhoods. You are going to attract trouble. A fast garda car gave way to me last week in the Megane. I think they were just checking who was driving. They were probably surprised to see me at the wheel and a cute Jack Russell looking out from the back seat.

In my fantasy world maybe they could have been behind getting me to have a medical report. Was I sane? Did I realise I wasn’t a boy racer any more? They are probably right.

I think that after the Ford Focus ST last week and the RS Trophy now, it might be time to give these beauties a rest. I can hardly lecture the Minister for Finance on missed opportunities in the Budget while driving around his constituency in cars that emit deep roars of wild selfishness. A pity. It has been fun.

But it is time to act my age. I’m off to see the new Peugeot 208 tomorrow, including the EV version.